Kindness To Animals. And My Marshmallow.

Pets have a shorter lifespan than their humans. Street cats/dogs have an even shorter lifespan. Your kindness to an animal sans domicile fixe (because "homeless" is politically incorrect) could be the only kindness they encounter in their short lives. 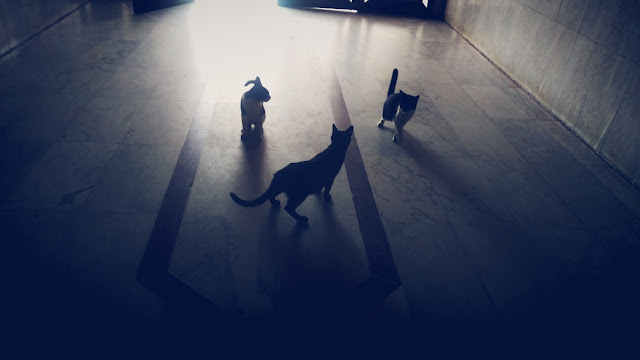 When you feed cats, they multiply.

We've been feeding a cat who lived on our block, then exclusively lived at our door. She once sought shelter with her baby at our door and was terrified of the food we gave her. With time she came to not only know us, but know our work hours and wait for us. The little thing wanted company more than food, she wanted someone to pet her and play with her. She was hit by a car yesterday, we've only known her about 4 months. Her whole life lasted under a year.

Have I ever told you about Marshmallow?
After Jojo passed away (a cat with congenital defects that I adopted and cared for) two years ago I took Bubbles (my Prime Cat, currently about 9-10 years old) to the vet to be put under observation while I gave the house a hospital grade scrub. When I went to pick her up, the doctor tried to sell me a kitten. So I asked him if he had any older cats.

And that's how I found my Marshmallow. She's an 8 year old american shorthair who was left at the vet"s because her humans couldn't keep her anymore. Older cats are difficult to adopt. She's been there a few months, it was food and shelter but not much human interaction. Just her and a bunch of kittens. 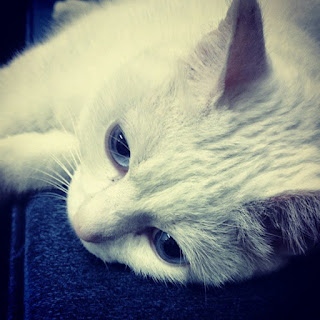 When I first brought her home, she was very afraid of humans and she refused to be carried under any circumstances. Also, she's quite obese.

Her obesity, according to her previous humans, is a result of her emotional eating after they took her baby away from her. That is after she had to have a cesarean delivery due to inadequate pelvic outlet. Which was due to the fact that they backed their car into her when she was little and broke her hip. This kitty is a trooper.

Since then she's lost some weight, she's quite playful, and now I can carry her for about 10 seconds before she starts acting like the world is ending. 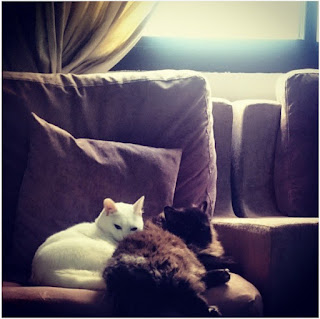 Furthermore, she adopted a black kitten last year. Said kitten is now no longer a kitten but she still treats her like a baby, grooming her and cuddling her.

P.S. Bubbles isn't in any photos because she is the queen of everything. She won't leave her room and join us peasants.